Berlin 1853. Friedrich Wilhelm Carl Bechstein, a twenty-seven-year-old instrument maker from Gotha, Thuringia, who is related to the writer Ludwig Bechstein famous for his compilation of traditional tales and legends, decides to live out his dream and make his vision reality: he founds his own business.

Berlin has not yet forgotten the troubles of the 1848 revolution. Frederic William IV, the king of Prussia nicknamed “the romanticist on the throne,” has not kept his promise: instead of granting a liberal constitution to his States, he has just introduced a tax-based three-class suffrage. His brother (who is to succeed him as Emperor William I) is nicknamed the “Canon Prince” ever since he had hundreds of people shot to restore law and order during the 1849 Baden uprising. The Frankfurt parliament, which used to gather in the Saint Paul’s Church, has been dissolved and the hope of a unified Germany is vanishing: all German States, whether Hesse, Saxony or such Lilliputian principalities as Lippe-Detmold, are stagnating and their trading is slow due to the high customs duties they charge each other.

Such conditions lead many Germans to emigrate to America, either to escape political repression or simply to avoid starvation, and in the hope of finding better living conditions on the other side of the Atlantic Ocean. Among the celebrities who leave Germany but remain in Europe are Richard Wagner, who lives in exile in Zurich for political reasons, and the poet Heinrich Heine who, from his Parisian “mattress grave,” considers Germany as sinking into “A Winter’s Tale” as it becomes an archipelago of retrograde States. 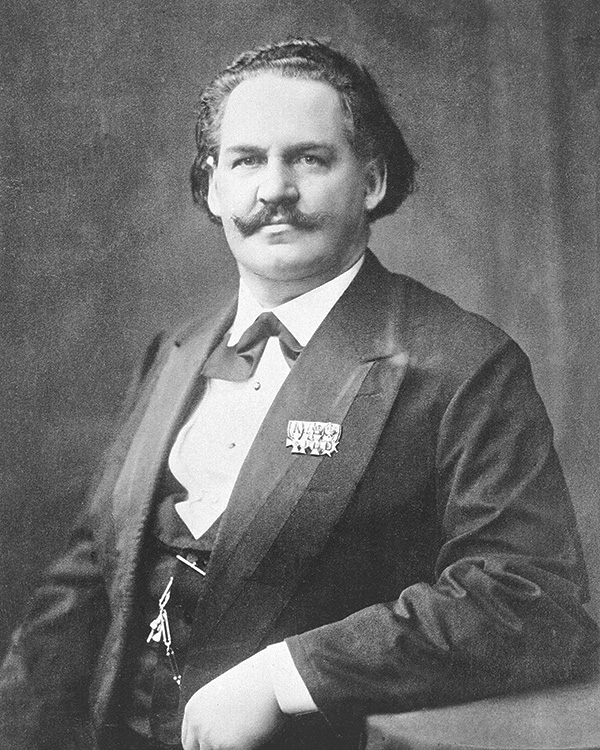 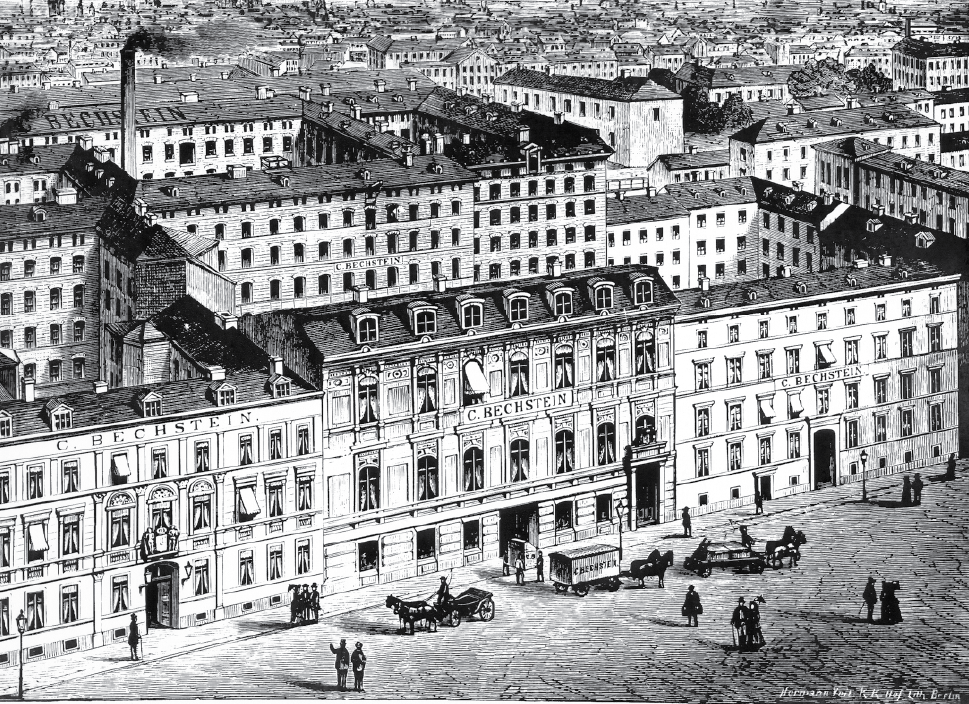 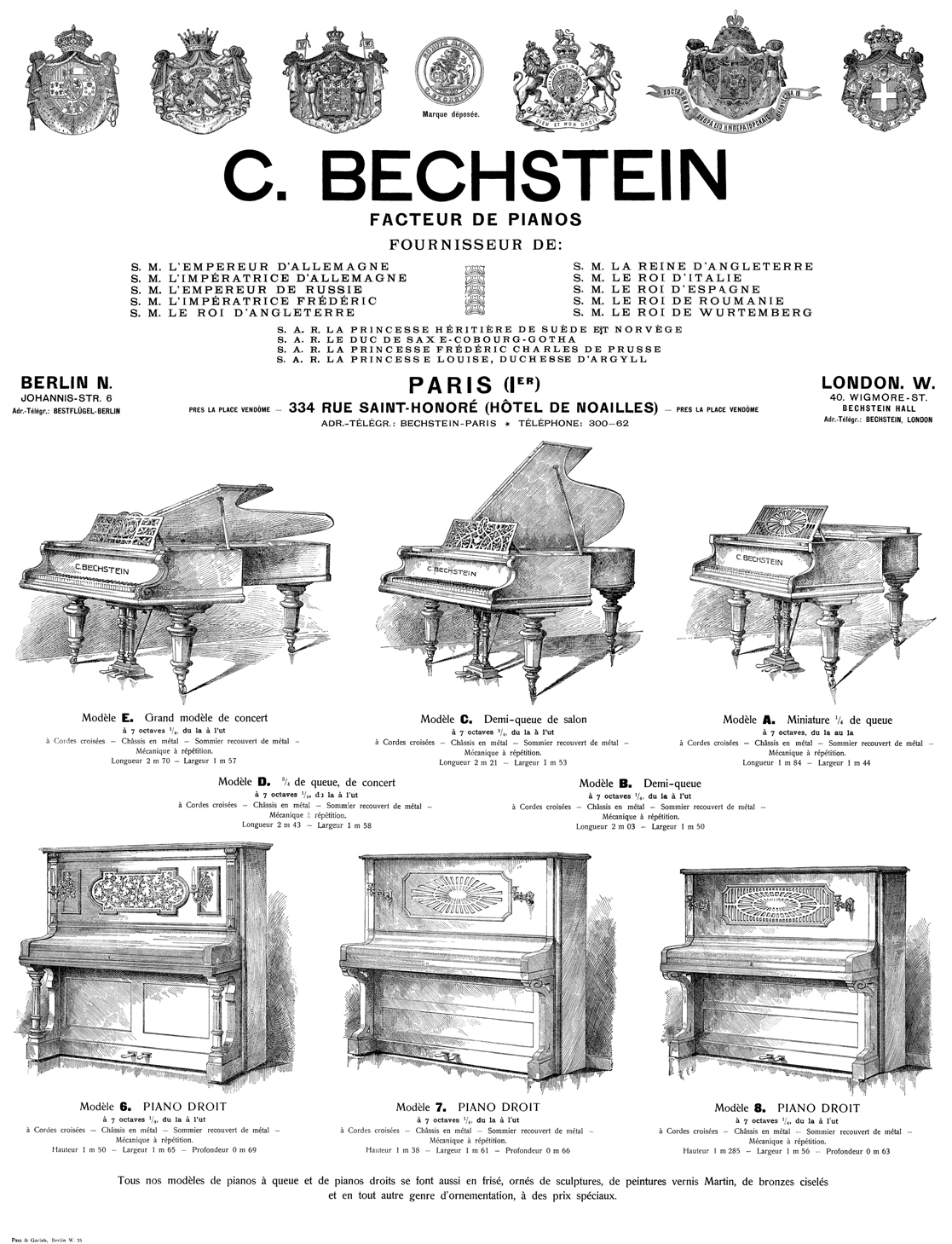 In the mid-1890s, Carl Bechstein has a yearly income of more than 300,000 marks and a fortune of nearly 4.75 millions. His business flourishes, so that he has a new factory build in Reichenberger Strasse in Berlin-Kreuzberg in 1897. But he dies three years later on 6 March 1900, having survived his wife by only three months, and is buried in the family plot in Sophienfriedhof, the local Protestant graveyard. His exceptional career, typical of an entrepreneur of the second half of the 19th century, was built on self-confidence and a deep-rooted faith in both German virtues and Western values. A paternalist with an eye to the well-being of his employees, he was not really a “social” boss, as he always regarded pension schemes, health insurances and strikes with some suspicion.

Upon his death, the Berlin Royal Porcelain Manufacture, KPM, produces a coffee service with his portrait and the caption: “Carl Bechstein, 1826–1900.” This marks the end of an epoch, and the end of an autocracy: a new era begins with the 20th century, as the company is henceforth run by his sons — the Bechstein Clan.

Highest quality since 1853. Browse through the history of our company that is also a fascinating success story.